Share a memory
Obituary & Services
Tribute Wall
Read more about the life story of Anne and share your memory.

Mrs. de Vries was born June 27, 1935 in the Netherlands to the late Jacob and Johanna Hoogedorn Verrips.  She was a retired nurse. She is preceded in death by a brother, Nico Verrips.

While in her nursing training in Amsterdam, Anne met Gerrit at a church event.  After their wedding they traveled throughout Europe while Gerrit trained in food engineering. Soon they had their first born, Sara in the Netherlands, and shortly thereafter they moved to South America where they had their first two sons, Jacob and John. They returned to the Netherlands, where Martha was born while they prepared to emigrate to the US.  Gerrit and Anne moved to the NJ/NYC metro Area where they began their next stage of their life, busy at work and raising their children. A few years later their youngest son Bill was born.

As a mom, Anne encouraged each of her 5 children to strive for excellence, whether in their studies or hobbies.  Anne exemplified a life tenacity.  Anne encouraged her children to learn new things, and taught each child to swim, ice skate, sew, fix things and especially clean things.  Life was never boring as a child because Anne always knew how to fill the time with interesting hobbies, chores, tasks and activities.

Anne and Gerry began attending Hawthorne Gospel Church in 1978.  The challenges of raising several teenagers prompted them to seek counsel and support from their new church family.  It was during this critical time, that they both had a personal encounter with Jesus Christ.   This commitment shifted the focus in their lives.   Anne continued to host others, but now it had a greater purpose, to show her love for Jesus to others as she served them in her home.

Anne and Gerrit enjoyed camping, hiking, and traveling in the US and abroad throughout their 64 years together. Anne and Gerry served as State Park Hosts at John Pennekamp State Park for several years during the winter months.  They continued to camp at Huntington Beach State Park after their extended winter trips to the Florida Keys ended.

Anne lived a life rich in love of God, love of family and friends and love of the outdoors.  She will be greatly missed.

Your browser does not support this video format. You should be able to view it in Chrome, Safari or Internet Explorer. 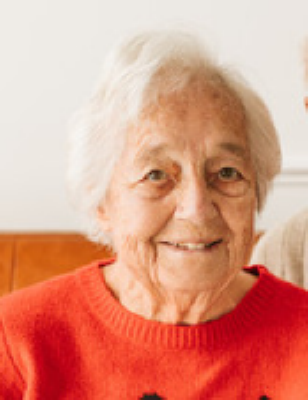