Share a memory
Obituary & Services
Tribute Wall
Read more about the life story of Keith and share your memory.

Keith was born September 30, 1951 in Dayton, OH to the late Clifford Leroy Coleman, Sr. and Alice June Miller.  Keith was a man of many talents.  A tradesman at heart, he could pretty much design, build, wire, fix whatever he set his mind to, whether electrical, mechanical, wood, etc.  He loved cars and hot rodding from beginning with his days in high school and his 56’ Bel Air, then his nearly life long ownership of his prize car a 1967 Corvette Convertible.  After graduating Belmont High in Dayton, Ohio in 1970 he enrolled in, then, Spartan School of Aeronautics graduating with a two year diploma in avionics.  In 1972 Keith was drafted in the last draft group for the Vietnam War and served two years of active duty as a helicopter mechanic remaining stateside.  He was honorably discharged September 4th 1978 after an additional four years of reserve service.  In 1972 just before being drafted Keith met Caroline Rosencrans the love of his life on a blind date arranged through her eldest sister Mary Ann(recently deceased).  After a little over two years of dating Keith and Caroline were married on November 15, 1975 at Immaculate Conception Catholic Church in Dayton by Father John Willman.

After a number of years in business for himself and his eldest brother Lee with Coleman Marine he began his nearly 30 year career as Aircraft Mechanic with Emory Air before signing on with Piedmont Airlines in summer of 1985 for a 28 year career which spanned Piedmont, USAirways, and finally American Airlines when he retired in 2013.  Keith loved his work as an aircraft mechanic, but loved more all of his work buddies.  Many becoming like brothers to him and nearly uncles to the boys.  Keith and the family would vacation together with work friends and their families on trips to the lake, or sporting events such as football games and NHRA drag races.  If any of them were ever in need Keith was always ready to do what ever he could to provide for their needs.  The list of his friends is too long to list here, but they know who they are.

Keith and Caroline gave birth to their first son Casey Allen on December 27, 1981 and then two and a half years later to their second son Jason Michael on July 11, 1984.  Keith loved being a husband and father.  His favorite past time was spending time as a family, whether it was simply a family meal, taking the family on vacation, or eventually one of the many sporting events for Casey and Jason.  Keith loved camping and boating with the family from the first boat the old 1970’s aluminum haul Starcraft he fully restored, to the ’97 Sea Ray.  Summer vacations were spent at the lake from Dale Hallow on the Cumberland River in Tennessee, to Hartwell Lake in Anderson, SC with Carol, boys and dogs in toe.  These adventures as they often were contributed to the fun and colorful stories he would tell to his many friends at work.  Keith loved his family and every Christmas was a new big gift typically that would be a new way he and the boys could have fun together, most memorable was the go-cart, which he later blew up the motor finding a way to make it go beyond its limits to make it go faster.

For Keith his home was his castle, because it was where he spent time with his family.  He always prided himself in his homes and all of the many projects he started and mostly finished to maintain and improve the homes.  He loved trying to teach the boys how to do the many home improvement projects, including working on the cars.

Once both the boys were out of the house he and Carol loved spending time rooting on the Buckeyes especially in football.  They loved watching sports together and cheering for their teams an extension of the many years of rooting for the boys in their sports.

Keith enjoyed spending time with Carol going to the many sporting events of Casey and Jason, from football, wrestling, and baseball.  Together they shared in the joys, successes and accomplishments of their two sons.  Many of Keith’s friends share with us how much he loved his wife and prided himself in his boys and how they have in his mind done well for themselves and he couldn’t be more proud of them both.  Rev. Casey Coleman a Catholic Priest of the Diocese of Charlotte serves as pastor of Our Lady of Grace Catholic Church in Greensboro.  Major Jason Coleman, currently is a major in the Army Reserves Space Command and works as a private contractor for the Military living and working in Colorado Springs where he lives with his wife Valerie and their first son on the way.  Keith thankfully and joyfully was able to experience the wedding of Jason to Valerie on July 30 2022.  He also got to experience the joy of knowing he would be a grandfather.  Keith got to experience to joy of being grandparents with Carol before his passing.  Carol will have to hold their grandson on Keith’s behalf.

In 2015 Keith began to suffer the beginning struggles of many ongoing health issues.  Remembering Romans 8:28 “We know that all things work for good for those who love God, who are called according to his purpose.” It was in Piedmont Regional Hospital in Rock Hill SC that Keith began his formal faith journey.  While in the hospital for Atrial Fibrillation son Fr. Casey Coleman recently ordained celebrated the emergency sacraments of initiation of Baptism, Confirmation, and First Eucharist on the Feast of All Saints November 1st 2015.  Keith in March of 2021 while in the hospital was able to witness via FaceTime his oldest brother Lee receive the sacrament of Baptism as a Catholic through the emergency rite performed by Cheri Walhrab (Lee’s daughter and Keith’s niece) before Lee passed shortly after on the Monday after Divine Mercy Sunday 2021.  Keith’s recent three weeks in the hospital was his last over a multi year struggle with declining health.  Carol spent everyday with Keith in the hospital she could after her recovery with COVID permitted.  In the final week his son Fr. Casey Coleman visited frequently and as was able administered the anointing of the sick on three different occasions and twice what constitutes last rites. The final anointing with apostolic pardon the morning of his passing at 2:30am.  Keith received his Lord in Holy Communion, his viaticum (food for the journey) from his son at 9:30am Sunday January 22, 2023 the morning of his passing. Keith and Carol were able to receive Holy Communion together.  The decision was made that morning that Keith tired and tired of being in the hospital would come home for hospice care.  Keith made it home passing nearly as soon as he made it into the house shortly before 7:30pm Sunday evening.

Memorials may be made to St. Michael Catholic Church, 708 St. Michaels Lane, Gastonia, NC 28052 on behalf of Keith Coleman. 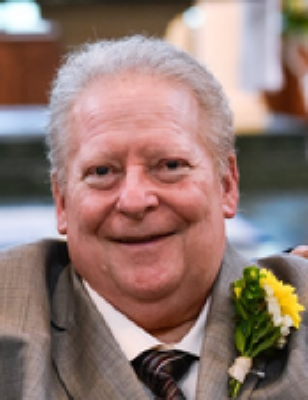